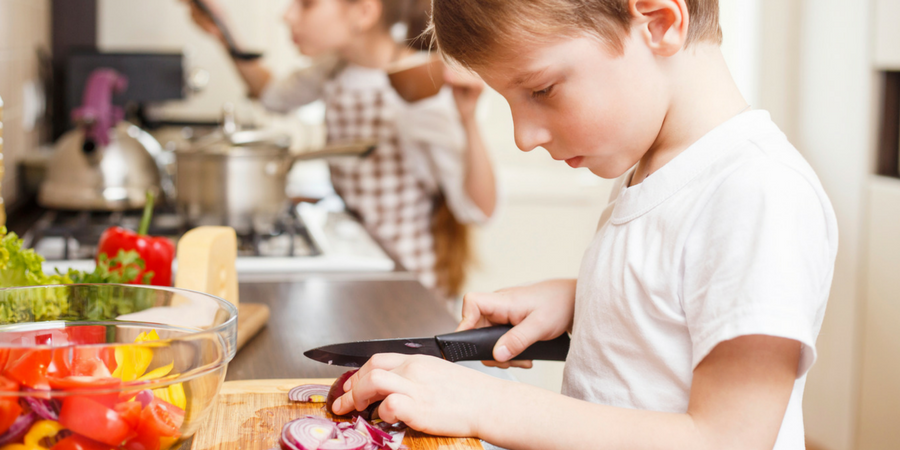 How old is old enough to let that special child in your life help you in the kitchen? The answer might surprise you.

A couple weeks ago, we published an article on 5 habits that cultivate a love of cooking and good food in your children. The response to the article was so encouraging that we’ve decided to write some more family-focused pieces.

It doesn’t matter if the children in your life are your children, your grandchildren, nieces and nephews, or some other relational dynamic. Giving those young spirits experiences in the kitchen early and often has been shown to have a direct impact on their views of healthy food and their ability to navigate around a kitchen well into adulthood.

Kids are very capable helpers in the kitchen, and it is that shared time learning about preparing food that they get their first tastes of feeling grown-up and confident in their self-sufficiency.

Here is a list of widely regarded age-appropriate kitchen responsibilities, broken up in general stages. These are purposefully broad because every child is different, and it’s important to take that into account when deciding how much independence they should have.

I know what you’re thinking, “Those olive oil people at Pasolivo are crazy! I’m not going to have my 18 month old helping in the kitchen.”

Just hear us out. There are many jobs in the kitchen that are suitable for children as young as 18 months, some would argue that children could start even sooner. At this age, they should obviously be completely supervised and the work space should be cleaned and cleared of any objects, fluids, or ingredients that could be potentially harmful.

Sure, you may have to deal with extra clean up. You might even have to finish the job, but remember that we’re building a foundation here. This is less about efficiency and more about teaching and familiarity.

If you’re looking to involve your youngest children, here are some good options.

The preschool years are a magical time of curiosity, exploration, and learning for children. It is often their first tastes of independence and decision making as they are given the freedom to be in a room by themselves and to embark on adventures, both imaginary and real, even if that adventure is something as simple as exploring the back of their closet.

Their time spent with you in the kitchen should feed that natural curiosity and desire to feel bigger than they are while still placing appropriate restrictions on their tasks for safety and teaching purposes.

Here are some child friendly tasks that will make your preschooler feel like they are an important contributor while maintaining your peace-of-mind that they’re operating in a controlled environment.

These seem to be the years where we grown-ups begin to doubt our kids and underestimate their potential for achievement.

Maybe it’s the fact that we don’t want them to grow up. Maybe it’s their penchant for teetering between having the same emotional meltdowns that they had during their terrible twos and consistently saying things things that would sound more natural if coming from an adult who just returned from time spent “finding themselves” on a walkabout .

Either way, they confuse us and we’re not sure what they can handle. Have no fear, use this list as a gauge in the kitchen, and they might start surprising you in other areas as well.

The pre-teen years are confusing years. Children in this age group long for independence. If there are older siblings, they are often appalled at not having the same freedoms that come with being a teenager.

At the same time, they are still quite dependent on the grown-ups around them.

They come to you crying when they wreck their bike, but will turn around and argue with you about how close they have to stay to the house on their adventures.

Learning to cook and take responsibility for their own meals and the meals of their family can be an empowering responsibility as well as giving you the opportunity to watch them mature.

So what are pre-teens generally capable of? Here’s a good list of places to start.

We’re about to blow your mind.

Your 12 year old is capable of doing anything in the kitchen that you can do. Sure, it will take some instruction and teaching, but you’d be surprised what they can accomplish with a little help from YouTube and Siri.

Before you launch into a barrage of comments and notes about how we’re not being realistic, please keep in mind that it was less than a century ago that children were routinely responsible for cooking for the entire family. That was a job that was considered to be easy enough to delegate at an relatively early age by our modern standards.

While we’re not coming anywhere close to recommending you turn over your kitchen, it is worth noting that the major difference between those extremes is that there has been a fundamental shift in kitchen culture in America. The kitchen is increasingly a hub of activity and hurried tasks that need to be accomplished on the way to some other task.

Everything must be taught. And if we want to raise teens and young adults that can function in the kitchen better than most adults, then we have to make sure that every stage of their life is filled with appropriate tasks and education. 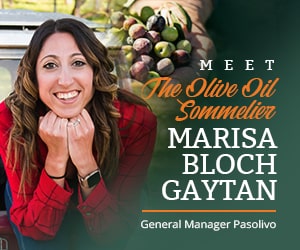 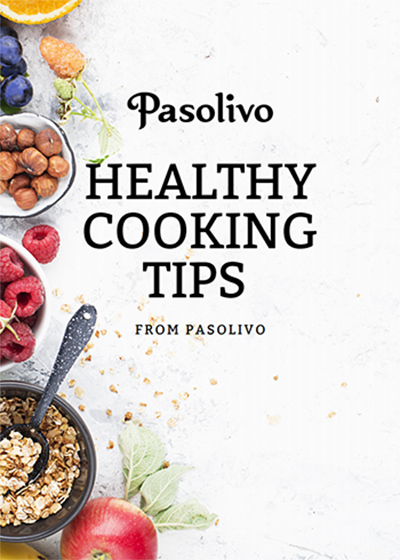